I lift my lamp beside the Golden Door .... 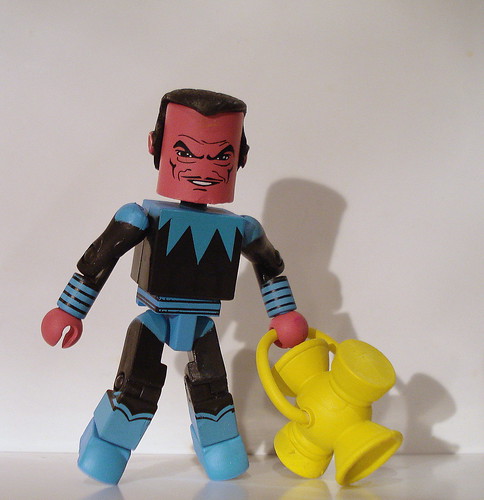 This is a Spacecrab-style expression of disgust at the current government of the country I was born into. (It may be a bit more Spacecrab than some of you care to read in one sitting. Feel free to let me know.)

In particular, this exercise is provoked by reading about the defeat of the DREAM Act (Development, Relief and Education for Alien Minors Act) as dutifully blogged by Digby.

I lift my lamp beside the golden door ....

I spent thirty or forty years of my life taking the Green Lady, her torch, and her engraved inscription for granted. I've always voted for Democrats (even during the time I was registered as a Peace and Freedom party member). I hissed at Ronald Reagan (like anyone); but it took Bush & Cheney achieving executive power to wake up my motive brain to where I'd previously lived my life and where I was now living.

Too many comic books? Maybe.

This Sunday, I can't help seeing this as a substitute for a poster of Uncle Sam.

If I really hope to persuade people reading this to share my feelings of disappointment and disgust with the U.S. Government, then framing an expression of discontent inside those graphic links may be a tactical mistake. I grew up believing in the power of art to shake the world and inspire right action. It's hard for me to shake my old, learned neural responses.

I don't see that we have any chance of replacing Mr. Obama in 2012 with a ticket of (say) Bernie Sanders and Barney Frank. So my natural tendency is to dream about what might happen if we tried putting Bruce Springsteen into the VP slot.

In the '80s, I was a guitar-carrying space cadet. I wrote and sang the following in any coffee house that could tolerate my 3-chord guitar playing:

Who will face the world and see
Our cover act is real?
We solicit a subconscious mind
That starving men can't feel.

.... We presumably-rational Boomers all know that Mother Jones magazine is a slightly out-of-control, left wing platform for impractical raving about the system that governs our lives. Or, anyway, that's something we all *knew* in the 20th Century.

But, as far as I'm concerned, The New American Oligarchy: Creating a Country of the Rich, by the Rich, and for the Rich, by Andy Kroll is the most logical and plausible summary around of how the United States developed its current, self-defeating political and economic dynamics. Thanks to Avedon for turning up this link.

I'm no Avedon. (Gort above grant her the energy to continue patrolling our sector.) Nor am I a fine dude like

Unlike Bradley Manning, I'm not currently being tortured by my country for the *alleged* crime of passing on unclassified (but embarrassing) information about what World Dignitaries have done or whispered behind their hands. (Thank you, Supergee, for carrying this news to where my silly head might find it.)

Another push, there, to rise from my now-comfortable theater seat and move more than my fingers to defend principles I say I believe in.